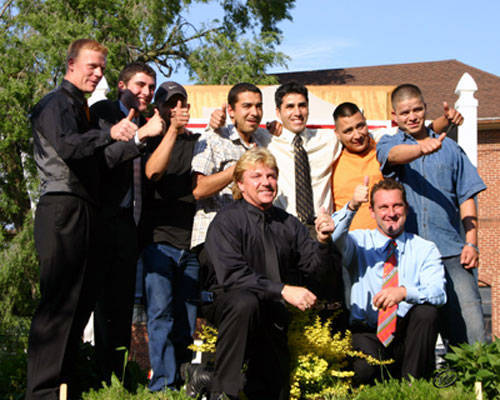 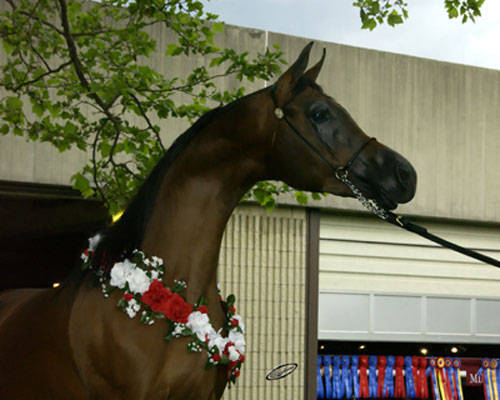 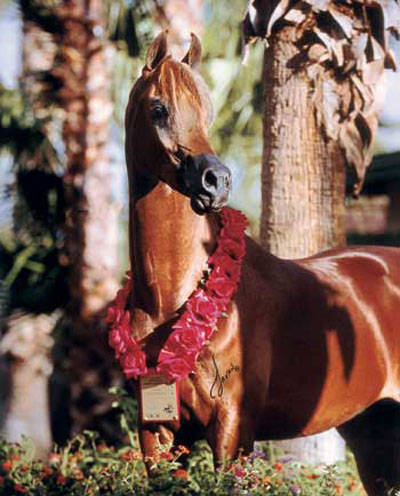 He Has Risen Junior Champion Half Arabian Gelding 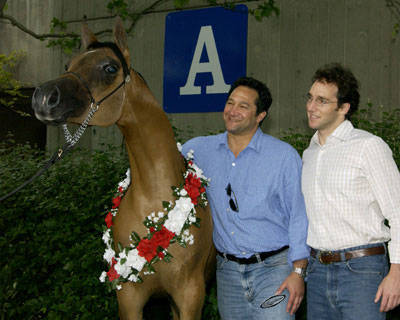 For pedigrees or more Information, please see
www.midwestarabian.com or contact David Boggs or Travis Rice at
(763) 441-6466

According to legend, the holding of a buckeye nut in ones pocket promises good luck . . . The warm spring weather and the Midwestern Arabian horse people gave Team Midwest a warm welcome on the occasion of their return to the Buckeye.

Several members of the extended family known as Midwest attended the 42nd Annual Buckeye Show from all parts of the globe. Among these great friends of the Arabian horse, and of one another, were: Fernando de Santibanes of Argentina, owner of International leading sire, AND Buckeye 2005 Leading Sire, Magnum; Jeff & Richard Sloan with their champion filly *HED Caramba, Lucky and Raegan Lurken, proud owners of the Buckeye Grand Champion Stallion *Magnum Chall. Don and Janey Morris carried home the roses for Buckeye Grand Champion Mare JJ La Estrella, Rose Taylor and Patti Kossman celebrated Champion honors with RA Miracles, Forbidden Love and GAA Millennia. And, a large contingent of Terry Anne Boggs family came from New York to cheer her and her daughters on in their amateur halter championship victories! Many attended for first time. For veterans and newcomers alike, the Ohio Buckeye has definitely been added to the list of must attend shows!

A record 625 horses vied for top honors in the best of competition. These beautiful animals were accompanied by owners and trainers who came to celebrate and enjoy the continuation of one of the worlds most prestigious Arabian horse events.

The 42nd Anniversary Buckeye Sweepstakes not only provided all those who attended a chance to enjoy a terrific horse show, it also gave Midwest an opportunity to celebrate their return by hosting a luncheon on the lawns on Saturday afternoon in the Midwest tradition. To the delight of all the guests, Midwest also presented a small number of sale horses, as well as the magnificent stallions, Legacy of Fame (owned by Ron & Judy Schmid) and *Magnum Chall HVP (owned by Lucky and Raegan Lurken).

True to the good luck promise of the buckeye nut, the rain held off until after the presentation, came back for a while, then let up again in time for Midwest’s traditional evening fiesta, abounding, as always, with great food, music, dancing and karaoke.

For proud dad, David’s youngest daughter the budding musical diva, Miss Emma Boggs, gave a beautiful rendition of the song That’s Amore made famous by Dean Martin. There’s no way to adequately describe the pride in David’s eyes. You had to be there to get the full impact.

Not to be out done by a 7-year-old, the self-acclaimed rock star Don Morse, took to the karaoke microphone, accompanied by Terry Anne and Courtney Boggs, Linda Lane, and Susie Boggs. And a grand time was had by one and all!

The Buckeye has traditionally served as the proving grounds for the U.S. Nationals winners. In RESULTS, Christy Egan had this to say:
More than ever the winners at the 2005 Buckeye Show will be the ones to beat at the Youth and Open National Championships, and the NSH Finals later on this year and in years to come.

At the 2005 Buckeye Sweepstakes, young Lyndsey Boggs proved herself and her horses on her way to Youth Nationals, winning with Ames Major and WH Eagle Bey. Way to go Lyndsey.

Midwest congratulates all the winners at the Ohio Buckeye and salutes their champions and owners. 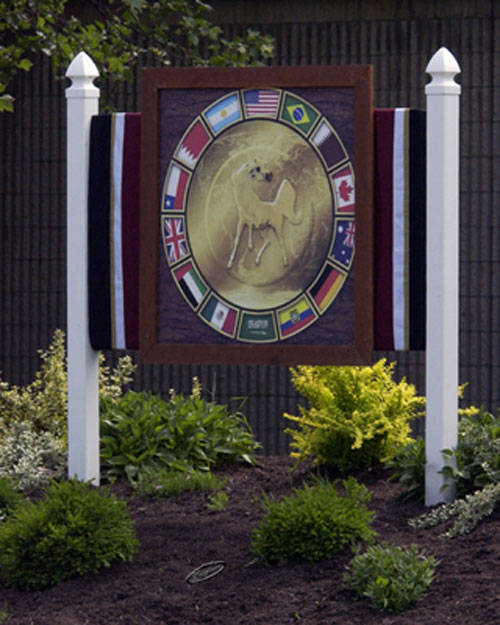